The Prison of Your Mind

Recently, I was giving a reading, as spirit will do it offers resources that the client can relate to, or can be found on the internet. I was given a single name, but oddly enough spirit made sure I knew how to spell it.

The name was Sean, besides the name spirit gave me subtle information about the physical appearance was somehow ‘different’. After the reading, I began looking for Sean on the internet, I found him on Youtube. Listening to one of his talks “The Prison of Your Mind” brought to mind an old memory.

The summer I turned 12, I stayed with my grandmother, who lived just off the banks of the Mississippi. The area was a farming community; the main crops were corn, muskmelon (similar to cantaloupe) watermelon and tomatoes.

It was mid-summer; the small town was temporary home to the migrant workers that came up from Mexico to pick the crops.

Next to my grandmother’s house were rows of huts that the workers stayed in during the picking season. They were small 8x10 foot rooms with bare floors, rectangular cut outs for windows, inside were bunks that served as their sitting and sleeping space. The workers essentially live outside when they were not in the fields; there were three picnic tables that served the entire community. They cooked their food on 55-gallon drums that had been cut in half and served as makeshift barbecues, cook stove.

My grandmother worked in the tomato factory, she spent the sweltering hot days standing over boiling vats of water used to blanche the tomatoes so the outside skins could be easily removed before they moved on to the next stage in the canning process.

The reason I was staying with her that summer was because I had been offered a job as a nanny to five children ranging in age from 11 to 3 years old. Their parents were the owners of the canning factory that my grandmother worked at.

On a particularly hot and humid day as I was leaving work, I spied my grandmother walking home from the canning factory, I caught up to her; she was lugging a heavy crate of tomatoes home, these were the inferior tomatoes that were tossed aside. She stopped, sighed, wiped her brow, looked me in the eye and said, “Freedom is a state of mind, Lynda, not a state of being.” I was unsure what had prompted this outburst. Perhaps I had been complaining about the spoiled kids that I was in charge of or the summer heat. I don’t remember.

My grandmother was stoic in her views she was only sometimes soft and kind, and rarely ‘real’.

I always thought my grandmother was a slave to her life, to her church, to her deeply conservative views.

Late one night, I heard my grandmother weeping and praying in the darkness.

“Lord, I’m so exhausted. I can’t cope. I never wanted to work in a factory; I’m not this type of person. Really, I’m not. But how did I get here? This isn’t what I wanted.”

In the darkness, in the stillness of the night unbeknownst to her, she’d shown herself behind the masks she wore; she’d shown me the fragile and disempowered woman behind the façade.

My grandmother lived the opposite of the life she preached about and claimed to have.

I have so much empathy for her.

She was trying to find the ‘state of mind’ of freedom amongst the lack of freedom (and choice) in her life.

Today is different for us. We have more choices, less ‘real’ limitations. When we believe that we are not capable, smart enough, good enough, attractive enough, we abdicate our power, we wither, we shrink, we rob the world of our gifts. We were born to inspire the world.

My grandmother and those migrant workers lived in a different time and era where there were far less opportunities for women and the migrants. I have the luxury of living in a time where I don’t have to choose between a ‘state of mind’ or a ‘state of being’, I can choose both.

Only I can disempower myself.

I choose to live this life to the fullest, after all this is the only time I will be Lynda Diane.

How about you, what's holding you back?

We Can't Become Ourselves by Ourselves

Can You Really Heal Adrenal Fatigue? 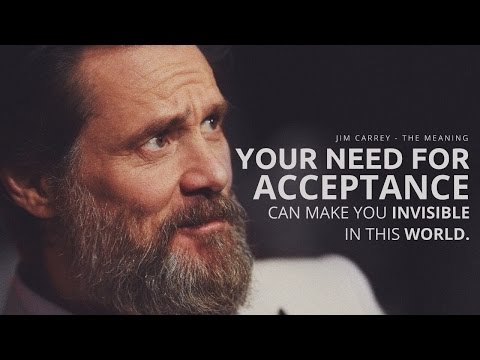 Why Do We Hide?

Do You Need This?

Silence has a Voice

The Fragility of Life

If I Don't Go Within I Go Without